Dossiers D&J n°4 – The international scene Being a religious believer and Lesbian, Gay, Bi or Trans around the world

Home/Articles, Communication, Dossiers D&J, English, Spiritualité/Dossiers D&J n°4 – The international scene Being a religious believer and Lesbian, Gay, Bi or Trans around the world
Previous Next

Dossiers D&J n°4 – The international scene Being a religious believer and Lesbian, Gay, Bi or Trans around the world

Dossiers D&J n°4 – The international scene
Being a religious believer and Lesbian, Gay, Bi or Trans around the world

In this latest issue of Dossiers D&J, our association’s magazine, we give voice to lesbian, gay, bisexual or transgender (LGBT) people living in Africa, in Eastern Europe, in the Near or Far East, and elsewher 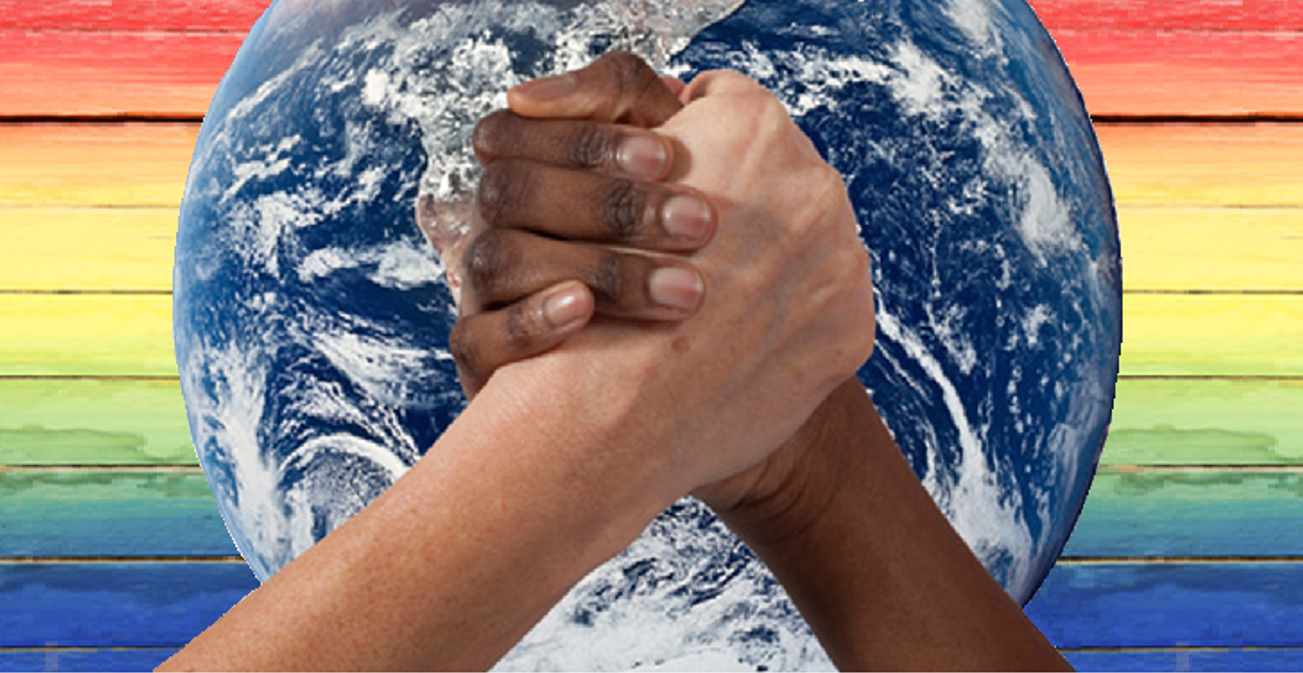 e. They are of different religions (Christians from Catholic, Protestant or Orthodox backgrounds, Jews or Muslims), with different convictions, different cultures, from countries where their living conditions are quite variable.

They can be faced with violent homophobia or transphobia that puts their psychological or physical existence in danger, to the extent that some of them are obliged to emigrate in order to seek refuge and start their life anew. Others choose to stay and fight for their dignity, in accordance (for some of them) with their faith. Their words, their courage, are our life lessons.

Many of them testify that political or religious authorities encourage these LGBT-phobic persecutions in a certain number of countries, especially in Africa, in Eastern Europe and in the Near East.

At David & Jonathan, a Christian homosexual movement open to all for more than 40 years, we realise that each of us is faced with a choice abo 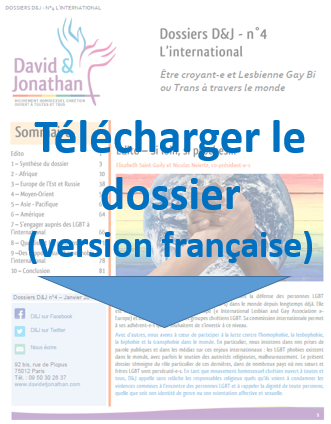 t how to welcome others with all their differences. On the other hand, the use of religious arguments for discrimination against, or even persecution of, women and men for what they are, amounts to a misuse and, for Christians, a betrayal of the Gospel message of justice and love. This is why, with our allies, we continue to fight for the emancipation of LGBT people around the world.

We hope that the stories, often poignant, gathered here will question the readers but also bring a message of hope to victims of LGBT-phobia.

We all have our part to play in building a world of justice and peace, with the best of humanity. So enjoy your reading!

About the Author: D&J Communication