In the following text, I give my own point of view as an amateur theologian, passionately interested in theology and Bible study. Please forgive its

limitations and approximations: they are inevitable in such a short text on such a complex subject.

Up until around 1960 all Christian churches took negative attitudes on the subject of homosexual acts and considered them as sins, i.e. acts that rejected God, and a freely chosen vice. But for what reasons? There are differences of nuance between their positions and these differences have their origin in the different ways of conceiving authority within each Church.

All these Churches have a point in common: the authority that they give to the Bible, a set of diverse texts in which God reveals himself to us.

Most Churches now accept that the Biblical texts were written by human authors, but these authors were inspired by an experience of God that they had lived themselves together with their community. So the text was not dictated word-for-word by God, but reflects an experience of God situated in a given era and in a given context. This is call the historico-critical approach to the Bible.

Now there are three main passages in the Bible that are regularly quoted as indicating the sinful nature of the homosexual act: the story of Sodom in the book of Genesis (Gen 19:1-28), two legal precepts in the book of Leviticus (Lev 18:22 and 20:13), and a passage from Paul’s letter to the Romans (Rom 1:24-28). Almost all serious Biblical exegetes now consider that these three texts say nothing about homosexuality as it is lived today.

In the first passage, Lot is living as an immigrant in the city of Sodom when he receives a visit from two young men (in fact angels) and the men of the city, in a reaction of hatred, threaten these visitors with sexual violence. As a result of this, God ends up destroying the city in a rain of fire and brimstone. According to an interpretation that goes back to the hellenised Jewish philosopher Philo of Alexandria, a contemporary of Jesus, it was because of the homosexual nature of the intended act that God reacted as he did. So just the threat of a homosexual act was enough to justify the destruction of the city and its inhabitants. This interpretation was taken up by the first Christian thinkers, the Fathers of the Church, and ended by being generally accepted. Nevertheless no such interpretation exists elsewhere in the Bible: Sodom is often reproached a number of evils, but never homosexuality. In fact the real fault of Sodom seems to be the refusal of hospitality (an essential virtue in the Near East) and Jesus himself talks about Sodom only in a context where he is criticising a lack of welcome (Lk 10:10-12). It is worth noting that Jesus never mentions homosexuality.

There are three main passages in the Bible that are regularly quoted as indicating the sinful nature of the homosexual act: the story of Sodom in the book of Genesis (Gen 19:1-28), two legal precepts in the book of Leviticus (Lev 18:22 and 20:13), and a passage from Paul’s letter to the Romans (Rom 1:24-28). Almost all serious Biblical exegetes now consider that these three texts say nothing about homosexuality as it is lived today.
The second passage consists of two parallel ver 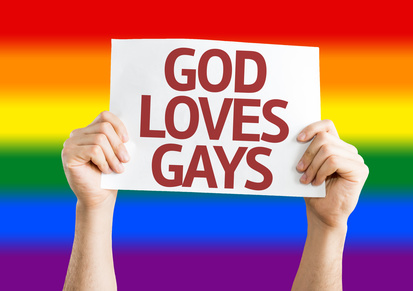 ses in the legislation of the book of Leviticus. The Hebrew text is obscure, but it seems to mean that if a man allows himself to be penetrated by another man, then this constitutes a serious crime that causes ritual impurity (abomination) and warrants the death penalty. It should be noted that this text applies only to men, free Israelite citizens, and is not applicable to women, to slaves, or to prisoners of war. The crime in this patriarchal society would be that a man of consequence should allow himself to be debased to the level of a woman and so lose his status of masculine superiority. These texts (like many other texts in Leviticus that no-one nowadays would dream of applying) are obviously conditioned by a social context and a scale of values that in a modern Christian perspective are outdated.The third passage is from the New Testament. Here in a context of tension between Christians of pagan origin and Christians of Jewish origin, Paul wants to show that both the pagans and the Jews are equally bogged down in sin and in need of God’s mercy. His argument is long and complex and his primary aim is not to give moral rules: so nothing justifies the fact of extracting two verses from it and using them to prove that homosexual acts are reprehensible. It seems obvious that Paul does not approve of the acts that he speaks about, but he sees these acts in a given context. Either he refers to acts of a pagan cult (for he speaks of idolatry) or to acts of plain debauchery (common among gays of the first century), but he certainly is not talking about the expression of love between two persons of the same sex.

In any case, it is clear that the Bible never speaks about homosexuality as it can be lived today (love between two free and equal persons of the same sex) as that was just unthinkable in that period.

The simplest case of authority is that found in Protestant Churches. They apply the principle of Sola Scriptura: only Scripture has authority. All moral rules must then be deduced from Biblical texts. But even Protestants read the Bible in an institutional setting that tends to favour conservatism. However, in the historical Protestant churches, despite the reluctance of conservatives, there is a recent evolution towards an acceptance of homosexuality, thanks to the adoption of a modern, more rational, reading of the Bible. Thus the United Protestant Church of France (EPUdF) has just ruled to allow the blessing of same-sex couples after a civil marriage (so long as the minister and the parish are in agreement). In Evangelical churches, however, a more emotional approach to religion is favoured, with a tendency to reject the historico-critical approach to the Bible, seen as too intellectual. This implies a literal fundamentalist reading, in which old interpretations, like that of Philo, are not criticised but are taken for granted. This is why the Evangelical churches are generally hostile to equal rights for LGBT’s and favour so-called « conversion therapies ».

In the Catholic Church, the situation is more complicated: along with the authority of the Bible, there is also the authority of the Magisterium (the Pope and the bishops). The moral decisions of the Magisterium are not based only on the Bible (or the Gospels) but often refer to philosophical considerations, as in the case of « Natural Law ». Such a « law » would have the advantage of being universal, since it would be founded on reason, and could even be recognised by non-believers. According to this approach, acts that are moral are those that are in keeping with human nature. Unfortunately the nature referred to here is a vague concept and it is difficult to say what is really part of human nature. Thus according to present-day views, homosexuality would not be in keeping with human nature, but up until about 1880, slavery was justified as being a part of this same human nature. This « Natural Law » is also used to justify the ban on contraception or the ordination of women. 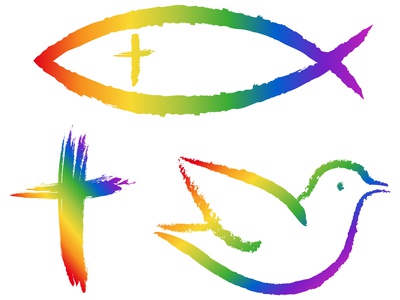 In the Orthodox Churches, the Bible still has authority, but the historico-critical approach is treated with suspicion. For the Orthodox, there is no single Magisterium, but rather a form of traditional jurisprudence, with an attitude that is more mystical than legalistic. Furthermore, the Fathers of the Church have retained considerable prestige and it is very difficult to go against their judgements. These Churches give great value to a rigid « Eternal Truth » and they accuse the Western Churches (Catholic and Protestant) of being capricious. Orthodox Churches are hostile to rights for LGBT’s, because this hostility is part of what is seen as « Holy Tradition ».

This freedom of conscience is a principle that is present throughout the New Testament and the Churches can hardly call it into question.
ConscienceIt might seem idealistic considering the current situation of international affairs, but we, at the World Congress, ambition to be – among others like David & Jonathan – at the forefront of interfaith dialogue and respect of each others in order to promote peace.

A final point is often overlooked: all the moral rules that the Christian Churches prescribe are only guides, « objective » recommendations. In all cases, it is the individual conscience that judges what is moral in the life of each person. This freedom of conscience is a principle that is present throughout the New Testament and the Churches can hardly call it into question. The rules imposed by Churches can nevertheless create complications in the life of an LGBT person, as all Churches require people to be in line with their laws if they are to participate fully in the life of the Church.